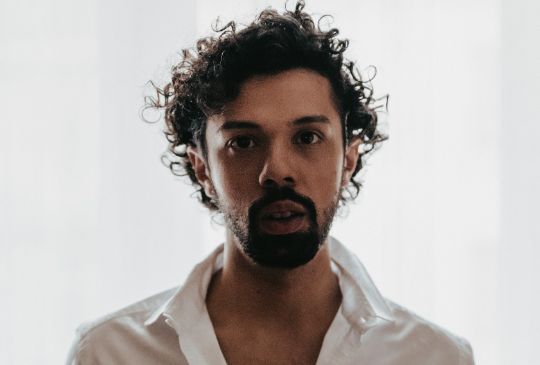 While still a student in his native Brazil, in 2013 he made his first professional appearance as Der Knabe in Weill’s Der Jasager (Cultural Centre SESC Belenzinho, São Paulo). During the following season he performed in Joplin’s Treemonisha, and was soprano soloist in Bach’s St John and St Matthew Passions at the Teatro Amazonas in Manaus. 2015 saw his major role début, as Sesto in Mozart’s La clemenza di Tito at the Teatro São Pedro in São Paolo: “ … a triumph … an international career awaits …” [concerto.com.br], and he further expanded his oratorio repertoire as soloist in Handel’s Messiah and Rossini’s Petite messe solennelle at the Teatro L’Occitane in Trancoso, Bahia.

In 2016 he again sang both of these works, making his German début with the Chorakademie, Lübeck, and was the first-prize winner at the 14th Maria Callas Competition in São Paulo. During the 2016/17 season he returned to the Teatro São Pedro as Gherardino (Gianni Schicchi), Harry (Albert Herring), Cherubino (Le nozze di Figaro) and First Lady (Die Zauberflöte). At the 20th Festival Amazonas de Ópera he was the Shepherd in Tannhäuser, and soloist in Triunfo da Voz, a concert celebrating the great castrato Farinelli: “Bruno de Sá drove the audience wild …” [L’Opera]. In April 2017, his appearances as Alberto in a rare revival of Giuseppe Balducci’s Il noce di Benevento also received rave reviews. Later that year, he received a Silver Prize at the 2nd Manhattan International Music Competition.

In June 2018 Bruno de Sá won the 19th Concorso Spiros Argiris in Sarzana, Italy, while in July, at the Passau Sommerakademie his performance in Rossini’s Petite messe solennelle again received critical acclaim: “Amongst the soloists, Bruno de Sá stood out … his tone quality is seductive. If this doesn’t make him famous, what will?” [Passauer neue Presse]. In the following month he made his début at the Teatro Municipal, São Paulo, as soloist in Bernstein’s Chichester Psalms, and he will return there in December for performances of John Adams’ opera El niño. Recent performances include Kodály’s Psalmus Hungaricus in Frankfurt under Peter Eötvös and the leading role of Aci in Giovanni Bononcini’s Polifemo in Potsdam and Bayreuth.